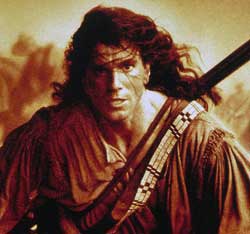 Belief that the universe is an organic whole, on the "analogue of man" rather than a random series of chemical and physical reactions, and is sustained by "justice and love"; the universal is moral.

Belief that reality is spiritual as well as physical

Faith that human beings are basically good, not evil

"Zeal" for the historical past; especially the Middle Ages, that was seen as "an age of faith, chivalry poetry."  In America, the Middle Ages of Europe was replaced by the Frontier Experience and "The Wild West."

Affection and, at times, hatred for nature and the feelings nature arouses

Emphasis up the individual.

Belief in the corrupting influence of civilization

"Interest in the state-of-nature . . .  which expressed a preference of the simple life of earlier ages. . . ." such as the life of the noble savage

Rebellion against society and its evils

Struggle for "humanitarian movements and reforms. . . the rights and dignity of mankind . . ." democracy, and political and social freedoms of the individual

Use of local dialects and color

"Translation or imitation" of old Celtic, Scandinavian, and Oriental literature

Emphasis of the "imaginative, emotional, intuitive" over the "rational and formal" in literature

Use of analogy to express themes and ideas

Regard for and kindness to animals

Use of heroes who "epitomize many of the most important aspects of Romanticism."  The Romantic Hero remains a consistent presence from this time into the 21st century.